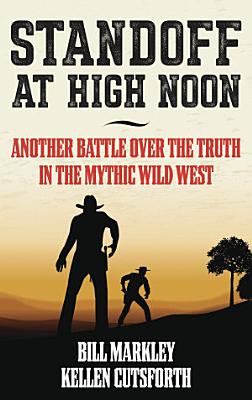 In Standoff at High Noon, the sequel to Old West Showdown, coauthors Kellen Cutsforth and Bill Markley again investigate ten well-known, controversial stories from the Old West. Through their opposing viewpoints, learn more about notorious figures and infamous events, including the controversial death of Davy Crockett at the Alamo; the life and death of Sacagawea who assisted Lewis and Clark on their Corps of Discovery Expedition; the tragic fate of the Donner Party snowbound in the Sierra Nevada; the assassination of Wild Bill Hickok; Arizona’s Lost Dutchman Mine; and the controversy over Butch Cassidy’s death in South America. No matter whose side you are on, there’s always something new to discover about the mythic Old West.

Describes the Siege and Battle of the Alamo and covers related aspects such as the facts and fiction of Davy Crockett, Alamo heroes and leaders, writings of the

Never wavering in its search for the bedrock of fact, this book is a methodical, piece-by-piece dismantling of what we thought we knew and a convincing speculat

If everyone was killed inside the Alamo, how do we know what happened? This surprisingly simple question was the genesis for Todd Hansen's compendium of source

The Alamo often conjures up images of rugged frontiersmen, the likes of Davy Crockett and James Bowie, shoring up the defenses of the fort against the forces of

Mexico at War: From the Struggle for Independence to the 21st-Century Drug Wars

A comprehensive overview of Mexico's military history from 1810 to the present day, including rare facts and information not found online. • Contains 300 entr

Wars of the Americas: A Chronology of Armed Conflict in the Western Hemisphere, 2nd Edition [2 volumes]

A comprehensive account of every major war and battle fought in the Americas, this revised edition of the award-winning Wars of the Americas offers up-to-date s

Joe, the Slave Who Became an Alamo Legend

If we do in fact “remember the Alamo,” it is largely thanks to one person who witnessed the final assault and survived: the commanding officer’s slave, a

Exodus from the Alamo

The award-winning historian provides a provocative new analysis of the Battle of the Alamo—including new information on the fate of Davy Crockett. Contrary to