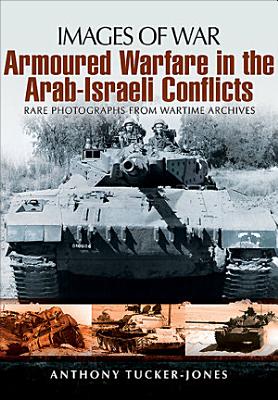 The latest volume in Anthony Tucker-Joness series of books on armoured warfare in the Images of War series is a graphic account of the development of armoured forces in the Arab and Israeli armies from 1948 to the present day. In a sequence of over 200 archive photographs he tells the story of the role armour played in Arab-Israeli conflicts over the last sixty years, from the initial battles of 1948, through the Suez Crisis, the Six Day War, the Yom Kippur War, the Israeli invasion of Lebanon in 1982 and the Israeli attack on Hamas in Gaza in 2008.In all these clashes armoured vehicles played a prominent, sometimes decisive part. As the photographs show, an extraordinary range of Second World War and post-war tanks, armoured cars and armoured personnel carriers was deployed by all sides. Russian T-34s, SU-100s, T-54/55s, T-62s and T-72s were imported from the Eastern Bloc by the Egyptians and Syrians. Shermans, Pattons, Centurions and AMX-13s were imported from the West by the Israelis. In addition, the Israelis developed modified hybrids such as the Sherman/Isherman, the Shot, Magach and Sabra, and they produced to their own design their main battle tank, the Merkava. Anthony Tucker-Joness photographic survey is an excellent introduction to late-twentieth-century armoured warfare, and it gives a fascinating insight into the military history of Israel and its Arab neighbours.

Armoured Warfare in the Arab-Israeli Conflicts

This book charts the history of armoured warfare from the first use of the tank in 1916 right through to the 21st century, adopting military, political and glob

Arguing that no earlier method of conflict could boast the firepower or the impact of the armoured-vehicle battles of the World Wars, the Arab-Israeli confronta

The Six-Day War in 1967 was a lightning Israeli campaign that changed the face of the Middle East. Israel's armoured brigades, despite being heavily outnumbered

Militarization and State Power in the Arab-Israeli Conflict

This book charts the history of armoured warfare from the first use of the tank in 1916 right through to the 21st century, adopting military, political and glob

The Encyclopedia of the Arab-Israeli Conflict: A Political, Social, and Military History [4 volumes]

This exhaustive work offers readers at multiple levels key insights into the military, political, social, cultural, and religious origins of the Arab-Israeli co

The Apostles of Mobility

Combines theory and practical application to survey the development of the tank, the evolution of tank warfare, and the role of the tank in World War II and the

This book contains some 600 entries on a range of topics from ancient Chinese warfare to late 20th-century intervention operations. Designed for a wide variety

The Six-Day War in 1967 was a lightning Israeli campaign that changed the face of the Middle East. Israel's armoured brigades, despite being heavily outnumbered