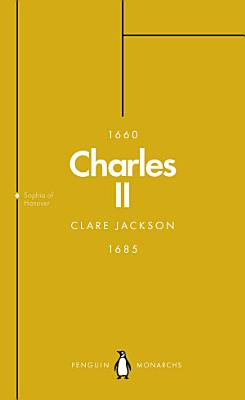 Charles II has always been one of the most instantly recognisable British kings - both in his physical appearance, disseminated through endless portraits, prints and pub signs, and in his complicated mix of lasciviousness, cynicism and luxury. His father's execution and his own many years of exile made him a guarded, curious, unusually self-conscious ruler. He lived through some of the most striking events in the national history - from the Civil Wars to the Great Plague, from the Fire of London to the wars with the Dutch. Clare Jackson's marvellous book takes full advantage of its irrepressible subject.

Charles II has always been one of the most instantly recognisable British kings - both in his physical appearance, disseminated through endless portraits, print

The short, action-packed reign of James II (1685-88) is generally seen as one of the most catastrophic in British history. James managed, despite having access

In September 2015 Queen Elizabeth II becomes Britain's longest-reigning monarch. During her long lifetime Britain and the world have changed beyond recognition,

William II (1087-1100), or William Rufus, will always be most famous for his death: killed by an arrow while out hunting, perhaps through accident or perhaps mu

'He seems to have laboured under an almost child-like misapprehension about the size of his world. Had greatness not been thrust upon him, he might have lived a

From the celebrated historian and author of Europe: A History, a new life of George II George II, King of Great Britain and Ireland and Elector of Hanover, came

Richard II (1377-99) came to the throne as a child, following the long, domineering, martial reign of his grandfather Edward III. He suffered from the disastrou

Henry II (1154-89) through a series of astonishing dynastic coups became the ruler of an enormous European empire. One of the most dynamic, restless and clever

The tragedy of Charles I dominates one of the most strange and painful periods in British history as the whole island tore itself apart over a deadly, entangled