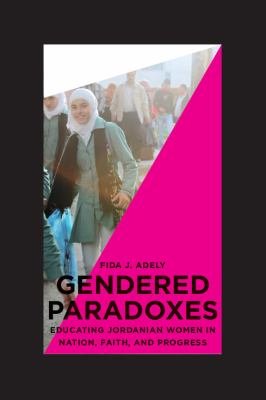 In 2005 the World Bank released a gender assessment of the nation of Jordan, a country that, like many in the Middle East, has undergone dramatic social and gender transformations, in part by encouraging equal access to education for men and women. The resulting demographic picture there—highly educated women who still largely stay at home as mothers and caregivers— prompted the World Bank to label Jordan a “gender paradox.” In Gendered Paradoxes, Fida J. Adely shows that assessment to be a fallacy, taking readers into the rarely seen halls of a Jordanian public school—the al-Khatwa High School for Girls—and revealing the dynamic lives of its students, for whom such trends are far from paradoxical. Through the lives of these students, Adely explores the critical issues young people in Jordan grapple with today: nationalism and national identity, faith and the requisites of pious living, appropriate and respectable gender roles, and progress. In the process she shows the important place of education in Jordan, one less tied to the economic ends of labor and employment that are so emphasized by the rest of the developed world. In showcasing alternative values and the highly capable young women who hold them, Adely raises fundamental questions about what constitutes development, progress, and empowerment—not just for Jordanians, but for the whole world.