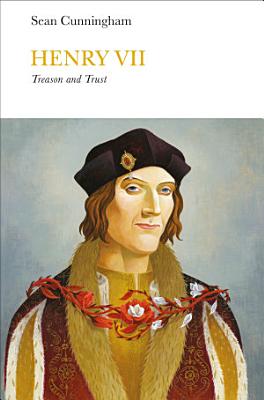 Part of the Penguin Monarchs series: short, fresh, expert accounts of England's rulers in a collectible format Henry VII was one of England's unlikeliest monarchs. An exile and outsider with barely a claim to the throne, his victory over Richard III at Bosworth Field seemed to many in 1485 like only the latest in the sequence of violent convulsions among England's nobility that would come to be known as the wars of the roses - with little to suggest that the obscure Henry would last any longer than his predecessor. To break that cycle of division, usurpation, deposition and murder, he had both to maintain a grip on power and to convince England that his rule was both rightful and effective. Here, Sean Cunningham explores how, in his ruthless, controlling and personal kingship, Henry VII did so; in the process founding the Tudor dynasty and, arguably, helping to lay the foundations for modern government. Sean Cunningham is a Principal Records Specialist at The National Archives. A Fellow of the Royal Historical Society, he has published widely on late medieval and early Tudor England. His books include, most recently, a historical biography of Henry VII.

Part of the Penguin Monarchs series: short, fresh, expert accounts of England's rulers in a collectible format Henry VII was one of England's unlikeliest monarc

Charismatic, insatiable and cruel, Henry VIII was, as John Guy shows, a king who became mesmerized by his own legend - and in the process destroyed and remade E

Although he styled himself 'His Highness', adopted the court ritual of his royal predecessors, and lived in the former royal palaces of Whitehall and Hampton Co

George IV spent most of his life waiting to become king: as a pleasure-loving and rebellious Prince of Wales during the sixty-year reign of his father, George I

The acclaimed Penguin Monarchs series: short, fresh, expert accounts of England's rulers - now in paperback Edward I (1272-1307) is one of the most commanding o