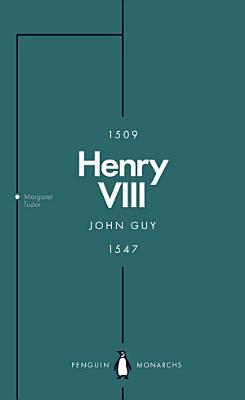 Charismatic, insatiable and cruel, Henry VIII was, as John Guy shows, a king who became mesmerized by his own legend - and in the process destroyed and remade England. Said to be a 'pillager of the commonwealth', this most instantly recognizable of kings remains a figure of extreme contradictions: magnificent and vengeful; a devout traditionalist who oversaw a cataclysmic rupture with the church in Rome; a talented, towering figure who nevertheless could not bear to meet people's eyes when he talked to them. In this revealing new account, John Guy looks behind the mask into Henry's mind to explore how he understood the world and his place in it - from his isolated upbringing and the blazing glory of his accession, to his desperate quest for fame and an heir and the terrifying paranoia of his last, agonising, 54-inch-waisted years.

Charismatic, insatiable and cruel, Henry VIII was, as John Guy shows, a king who became mesmerized by his own legend - and in the process destroyed and remade E

Part of the Penguin Monarchs series: short, fresh, expert accounts of England's rulers in a collectible format Henry VII was one of England's unlikeliest monarc

From the celebrated historian and author of Europe: A History, a new life of George II George II, King of Great Britain and Ireland and Elector of Hanover, came

Part of the Penguin Monarchs series: short, fresh, expert accounts of England's rulers in a collectible format In the popular imagination, as in her portraits,

Charles II has always been one of the most instantly recognisable British kings - both in his physical appearance, disseminated through endless portraits, print