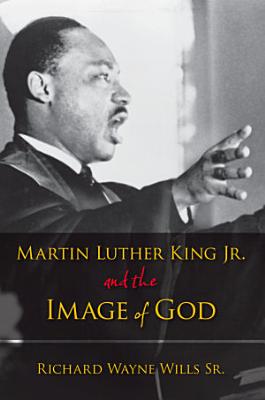 Scholars universally acknowledge the role that Christian belief played in the social movement engendered by Martin Luther King Jr. Yet few have actually delved into the complexity of King's theology itself. The centrality of one aspect of his theology in particular - imago Dei, the belief that human beings are made in God's image - has been surprisingly overlooked. In this book, Richard W. Wills Sr. offers a comprehensive analysis of King's appeal for civil rights by investigating his understanding of imago Dei. Wills begins by tracing the evolution of this idea through the history of Christian thought, showing the intellectual sources King drew on in constructing his own beliefs. Wills then demonstrates how King employed this idea in his civil rights work. The belief that we are all made in God's image was crucial, Wills shows, to King's understanding of human nature and equality. While King shared with many of his black church forebears the view that humanity's creation by God was a powerful argument for the equality of all people, he also took the concept much further. For King, being made in God's image meant that human beings have not only the right but also the power to reshape society and to build a "beloved community" on earth. Though explicitly grounded in Christian faith, the doctrine of imago Dei provided King with a theological rationale that was capable of addressing the needs of the community well beyond the walls of churches. Wills's thorough reconsideration King's thought makes the case for his importance as a theologian. It convincingly demonstrates that the concept of imago Dei formed the heart of his theology and, in turn, that his theology was central to the unfolding of the civil rights movement.

Martin Luther King, Jr., and the Image of God

The Genealogical Adam and Eve

What if the biblical creation account is true, with the origins of Adam and Eve taking place alongside evolution? Building on well-established but overlooked sc

This book explores the ideals of liberation theology from the perspectives of major religious traditions, including Islam, Christianity, Judaism, Buddhism, and

Martin Luther King, Jr., and the Theology of Resistance

It has been nearly fifty years since Martin Luther King, Jr., was assassinated at the Lorraine Motel in Memphis, Tennessee. Appraisals of King’s contributions

Renowned pastor and bestselling author of The Prodigal Prophet Timothy Keller shares his most provocative and illuminating message yet. It is commonly thought i

Racism and the Image of God

From her perspective as a white feminist theologian, Karen Teel dialogues with five womanist thinkers to develop a Christian theology of the body that can compe

How can we, in our times, understand the biblical concept that human beings have been created in the image of an invisible God? This is a perennial but increasi

Generous Justice - Keller explores a life of justice empowered by an experience of grace. The Meaning of Marriage - co-authored with his wife, Kathy, Keller tur

Amid current arguments related to human life and dignity, Christians must be clear about how their faith speaks to such concerns and what other outlooks have to

Hill brings two of the most prominent theologians of our time, Martin Luther King Jr. and Desmond Tutu, into conversation to explore the meaning of the Christia