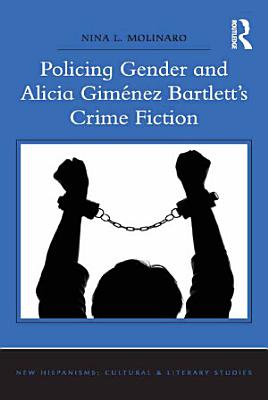 Alicia Giménez Bartlett’s popular crime series, written in Spanish and organized around the exploits of Police Inspector Petra Delicado and Deputy Inspector Fermin Garzon, is arguably the most successful detective series published in Spain during the previous three decades. Nina L. Molinaro examines the tensions between the rhetoric of gender differences espoused by the woman detective and the orthodox ideology of the police procedural. She argues that even as the series incorporates gender differences into the crime series formula, it does so in order to correct women, naturalize men’s authority, sanction social hierarchies, and assuage collective anxieties. As Molinaro shows, with the exception of the protagonist, the women characters require constant surveillance and modification, often as a result of men’s supposedly intrinsic protectiveness or excessive sexuality. Men, by contrast, circulate more freely in the fictional world and are intrinsic to the political, psychological, and economic prosperity of their communities. Molinaro situates her discussion in Petra Delicado’s contemporary Spain of dog owners, ¡Hola!, Russian cults, and gated communities.

The Art of Time

Ethics, or the systematized set of inquiries and responses to the question “what should I do?” has infused the history of human narrative for more than two

This essay collection examines the changing cultural, political and physical landscape of Spain as represented in Spanish crime fiction of the last three decade

Killing Carmens is the first book on women's crime writing from Spain and offers a new approach to Spanish crime fiction, combining literary criticism with soci