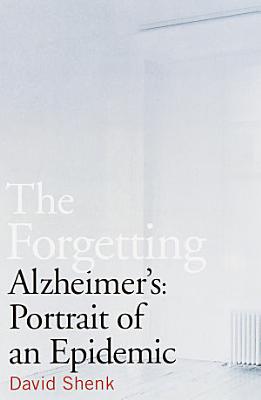 NATIONAL BESTSELLER A powerfully engaging, scrupulously researched, and deeply empathetic narrative of the history of Alzheimer’s disease, how it affects us, and the search for a cure. Afflicting nearly half of all people over the age of 85, Alzheimer’s disease kills nearly 100,000 Americans a year as it insidiously robs them of their memory and wreaks havoc on the lives of their loved ones. It was once minimized and misunderstood as forgetfulness in the elderly, but Alzheimer’s is now at the forefront of many medical and scientific agendas, for as the world’s population ages, the disease will touch the lives of virtually everyone. David Shenk movingly captures the disease’s impact on its victims and their families, and he looks back through history, explaining how Alzheimer’s most likely afflicted such figures as Jonathan Swift, Ralph Waldo Emerson, and Willem de Kooning. The result is a searing and graceful account of Alzheimer’s disease, offering a sobering, compassionate, and ultimately encouraging portrait.

NATIONAL BESTSELLER A powerfully engaging, scrupulously researched, and deeply empathetic narrative of the history of Alzheimer’s disease, how it affects us,

A massive army on the brink of conquest looms large in a world where prophecies are lies, magic is believed in but never seen, and hope is where you least expec

The unexpected and moving story of an American journalist who works to uncover her family’s long-buried Jewish ancestry in Spain. Raised a Catholic in Califor

The End of Forgetting

Thanks to Facebook and Instagram, our younger selves have been captured and preserved online. But what happens, Kate Eichhorn asks, when we can’t leave our mo

The Sweetness of Forgetting

In this heartwarming story of love, family and baked goods, bakery owner Hope McKenna-Smith, the divorced mother of a surly preteen girl, is summoned by her agi

Remembering in a World of Forgetting

Today the US and the UK are at a crossroads. Millions are out of work, millions (in the US) are still deprived of health care, millions have lost their homes, a

The Waters of Forgetting

In The Waters of Forgetting, Barry Seiler brings together poems that spring from tensions between memory and forgetting, the past and the present, the daily and

The Joys of Forgetting