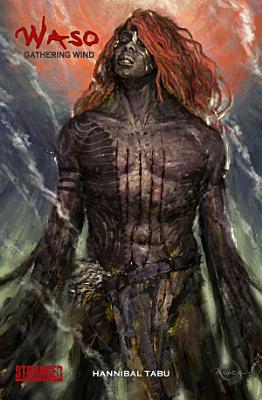 “We endure.” ~ Waso’s Proverb Since the events of Dusu: Path of the Ancient and Waso: Will to Power, the Omdar of the Gathering Wind has grown as a man and a chief. Through cunning and a courage often bordering on rage, Waso and his tribe have conquered a Selvanu (Wood Elf) clan, thus gaining new allies but renewing old hatreds. When his beloved Uun-Sil is captured, Waso’s wrath will take him on a path not even the shaman herself could have predicted. Based on the world of Asunda created by Sebastian A. Jones

“We endure.” ~ Waso’s Proverb Since the events of Dusu: Path of the Ancient and Waso: Will to Power, the Omdar of the Gathering Wind has grown as a man an

Spring 1791 Though deeply disturbed by a terrible incident during his previous commission, James Hayter is nevertheless on the verge of taking command of HMS Sl

Henry--a Canadian Mountie like his father--struggles between the call of duty and the call of his heart. When he informs a young logger's wife of her husband's

Army Captain Keenan Carlisle and Major Chad Belvale serve as observers, and send their warnings to Washington about the fighting they've seen in Manchuria and E

The Sermons and other practical works of R. E., ... besides his poetical pieces. To which is prefixed, a short account of the author's life and writings by J. Fisher. Edited by J. Newlands

The Kennedys Amidst the Gathering Storm

Ten animals find shelter in a hill hollow one by one, but when the storm is over, a rumbling tells them there is still danger afoot.