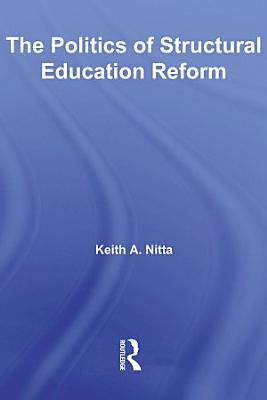 Education policymaking is traditionally seen as a domestic political process. The job of deciding where students will be educated, what they will be taught, who will teach them, and how it will be paid for clearly rests with some mix of district, state, and national policymakers. This book seeks to show how global trends have produced similar changes to very different educational systems in the United States and Japan. Despite different historical development, social norms, and institutional structures, the U.S. and Japanese education systems have been restructured over the past dozen years, not just incrementally but in ways that have transformed traditional power arrangements. Based on 124 interviews, this book examines two restructuring episodes in U.S. education and two restructuring episodes in Japanese education. The four episodes reveal a similar politics of structural education reform that is driven by symbolic action and bureaucratic turf wars, which has ultimately hindered educational improvement in both countries.