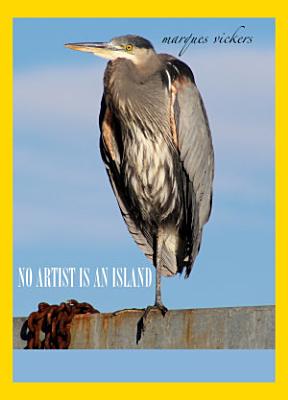 This edition is a brutally candid confessional on the misconceptions regarding an idyllic lifestyle practiced on a Western Washington island. Herron Island supports a permanent population of 150 with residential properties spread over 300 acres. The island features no existing stores or commercial properties. It is separated from the ill-reputed Key Peninsula mainland by the Case Inset waterways of southern Puget Sound. Between 2017-2021, the artist/writer resided in a newly purchased trailer coach under the radar of county regulation scrutiny. While establishing his art studio and writing compound, he navigated the tenuous existence of scheduling a social lifestyle based on an unaccommodating ferry schedule. His memoir skates the blurry edges between recollection, discretion and outright fiction. The author profiles the particularities of peculiar residents. Full heaping helpings of satire, humor and periodic sorrow are dished with irreverence and a subtle wink to the reader. Anecdotes regarding his past and intimate musings are interwoven into present day island personality tales. He gently surveys a community of diverse individuals while frequently examining his own motives for island residence. He identifies random acts of kindness, hilarity and obnoxious personalities. Names are sometimes changed in portraying the guilty. Among his profiles include the legendary Samsquatch, Pessimists Society, Catastrophe Clean-Up, Seattle Freeze, Key Peninsula, Ferry Drydocking, Dead Neighbor’s Property Auction, Laundromats, Captain Curley’s Corner, Uninspiring Island History, Festivals, Tansy Patrol, Sustainable Next-Door Neighbors and the longest-term island residents, Black-Tailed Deer. An elected Homeowner’s Board of Directors manages the island’s interests influenced by self-interest. Factions battle for control of island financial and aesthetic policies. He is warned early to avoid island politics by one of the worst instigators who will later target him. The warring parties include Residents versus Weekenders, Party Enthusiasts versus Isolationists and Pensioners versus Younger Homeowners. Their exchanges are generally passive aggressive, but sometimes barbed blades steeled by malicious whisperings within this micro-universe. The author explains how he initially discovered Herron Island and impulsively purchased two land parcels. During his residence, he established a sculptural park amidst his single forested acre. He would ultimately be obliged to re-sell or destroy all of his constructions, renovations and outdoor artwork upon the sale of his property. His account of the real estate transaction is straightforward and tinged with melancholy. This chronicle is an accurate appraisal of the realities involved with permanent island residency. Herron Island remains a comparative bargain to more affluent Fox, Vashon, Mercer and Bainbridge Islands. For the majority of long-term residents and weekenders, the absence of pretense and a sense pf security are its most treasured features. The island remains generally unknown throughout Western Washington. Anonymity and eccentricity are considered welcome traits.

No Artist Is An Island

This edition is a brutally candid confessional on the misconceptions regarding an idyllic lifestyle practiced on a Western Washington island. Herron Island supp

The Image of Christ in Modern Art

"The Visionary and Futurist Artist - Freeing your creativity and living it, no matter what!" Weekly meditations and affirmations for self-empowerment and self-l

The Principles of Art

R. G. Collingwood’s disquisition is a pioneering academic work on the philosophy of art. The Principles of Art was first published in 1923. This prolific phil

Contemporary Perspectives on the Detection, Investigation and Prosecution of Art Crime

In the world of law enforcement art and antiquity crime has in the past usually assumed a place of low interest and priority. That situation has now slowly begu

Vol. for 1867 includes Illustrated catalogue of the Paris Universal Exhibition.

A reissue of Ian F. Svenonius's cult-classic debut essay collection, including brand-new writing in this expanded edition. "Everything author-slash-punk-icon Ia

The Saturday Review of Politics, Literature, Science and Art